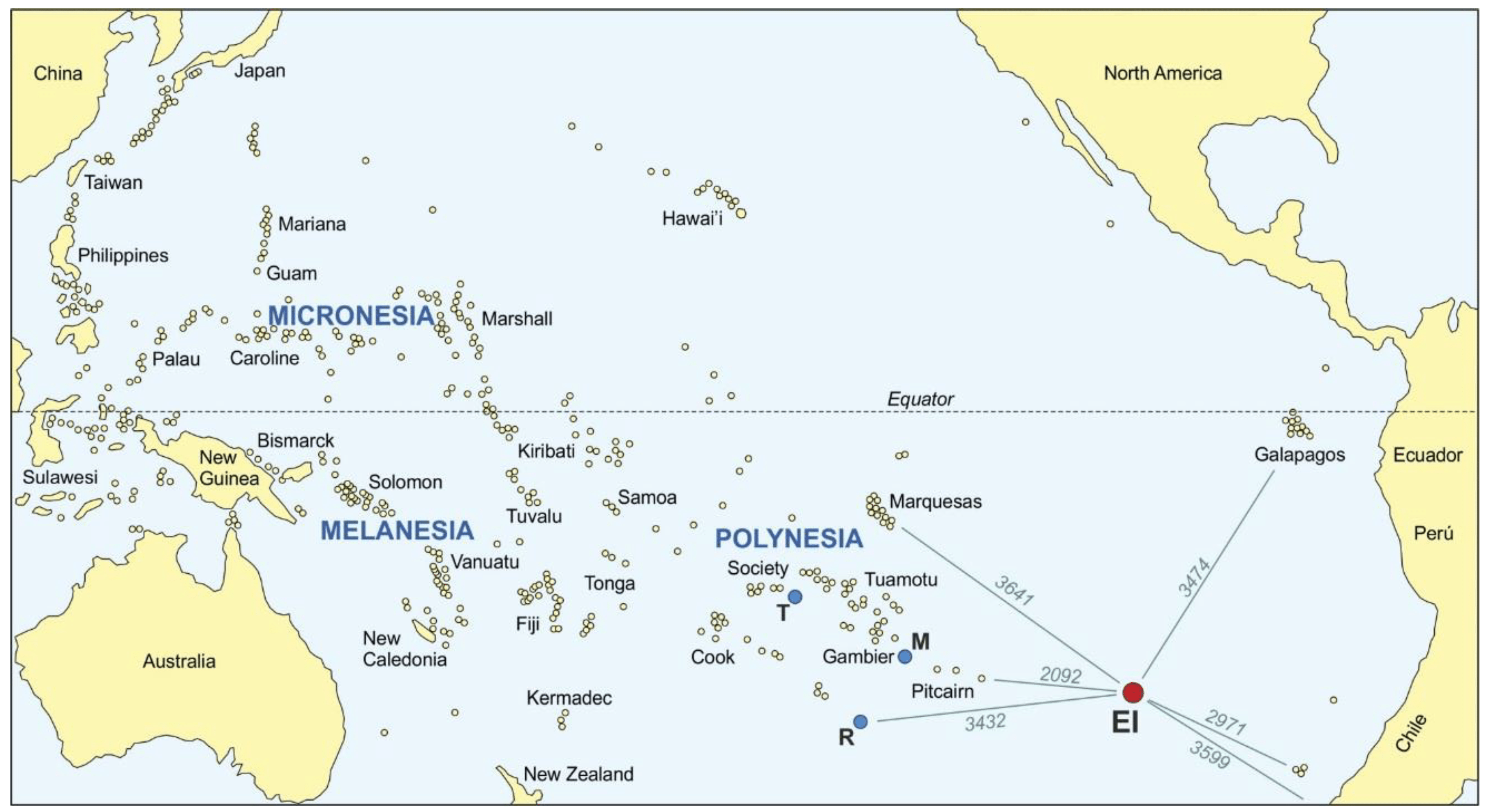 Easter Island is a fairly small (165 km2), triangular-shaped volcanic island with a subtropical climate. It lies south of the equator at a latitude of approximately 27 degrees south and a longitude of 109 degrees west and has existed in its present form for an estimated three hundred thousand years.

Long before this, approximately three million years ago, the oldest volcano, Poike, erupted, placing it permanently above water for the first time.

Two other volcanoes followed suit a few hundred thousand years later, and the island’s shape evolved from the coalescence of these three volcanoes, which now form the points of the triangle. The island itself is part of another triangle, for it lies at the eastern vertex of the so-called Polynesian triangle, the other points of which are formed by New Zealand in the southwest and Hawai’i in the north.

Easter Island has no large coral reefs and no lagoons or shallows where fish or other seafood can be caught with simple gear. In terms of quantity, the supply of fish is fairly small compared with islands that are fortunate enough to be surrounded by coral reefs. Nor are there any natural harbours or bays where ships can easily lie at anchor. Only the north coast has two small sandy beaches. The largest, at Anakena, is very modest by Polynesian standards.

There are no rivers or streams on the island, but there is enough fresh water in the crater lakes to provide drinking water in times of severe drought. The average annual rainfall is 1,200 millimetres. Even though the rain comes at irregular intervals, there are no markedly dry periods. More rain falls at higher altitudes, but even in the drier periods, short downpours can occur all over the island. The volcanic ground contains many caves and hollows, some of which have been used in the past to store rainwater.